Massive multiplayer online role-playing games have been an important fixture in the entertainment and gaming worlds for quite some time. From the earliest MUD (Multi-User Dungeon) games to today's indie multiplayer titles, server technology has grown in leaps and bounds to keep up with player needs. Today, most games make use of either megaservers or multiple individual servers, sometimes referred to as shards, to help balance fluctuating player demand. If you're still not sure what to choose for your upcoming title, you're not alone. Learn about the benefits and drawbacks each hold in the short guide below.

Megaservers provide one single game world for all players, but areas like cities and towns are treated like individual instances. This creates "channels" within the server, allowing administration to more easily balance load needs. When high loads occur in any one such instance, the server can simply "shuffle" a few players to a new instance instead.

From a player experience perspective, there is little to no change--maybe just a load screen that pops up for a few seconds--because they always remain connected to the main server. Riding around the open world, if your game has one, feels fluid and natural. There's no need to incorporate cross-server PvP or PvE areas, as everything is contained in the same single world.

Having the ability to shuffle players behind the scenes is also a benefit during low load times, too; they won't find themselves wandering around an empty instance late at night or early in the morning.

In MMO games, the illusion of busyness is everything--the second players start to think the game is dying is the second you start to lose people to other, busier games. A megaserver provides you with that illusion, even if your actual numbers don't change.

This type of setup requires a fair amount of knowledge and administration, and it can be very expensive. It is absolutely not for small indie games or those who are new to running an MMO.

Megaservers are intended to support very large player bases and large game worlds, so if you don't have the overall numbers or if you aren't far enough in development, the game may be perceived as dead or empty. This frequently leads to boredom due to a lack of player-to-player interaction.

You must also consider your game's main play style--do you focus on PvE (player versus experience), PvP (player versus player), or crafting? Is your game centered on trade or running dungeons? Consider that many players prefer one over the other, and being forced into other styles is likely to cause frustration.

If you have multiple servers, it's easy to create a shard for dedicated PvP, roleplay, or PvE. You can't do that in a megaserver because everything is located in the same open world. This means coding individual instances where players can enjoy their preferred method of play without being griefed or harassed by others.

Instead of providing a single mass game world for players to join, using multiple individual servers breaks the game up into many different identical base worlds, usually referred to as shards. Players choose the server they want to join, usually at the point of character creation. Individual servers can be locked for new creation, allowing administration to balance loads manually when they become too high.

Each individual server generally connects to a single piece of hardware, and has a population cap that prevents too many players from logging on at any given time. This reduces player-generated lag, high ping times, and queuing when administered correctly.

It's also easier to label individual servers as PvP-oriented, PvP-oriented, or roleplay-oriented, ensuring that players who prefer a specific style aren't aggravated by other players.

In extremely large games, shards can also seem more community-oriented, helping people to forge smaller, less overwhelming groups and friendships without getting lost in the shuffle.

Finally, having the ability to add an entirely new server ensures that you are able to keep up if your game is a hit. When the first server, or shard, becomes full, you can simply slot in a second server and allow for the creation of entirely new world.

Individual server hardware can be extremely, extremely expensive. It's not unheard of for a gaming company to pay as much as $50,000 USD for a single server. If you're small and just starting out, consider mitigating this by renting space on shared servers from your data center.

One of the biggest drawbacks to using individual servers lies in the fact that player numbers can and will shift multiple times over the lifecycle of your game. Starting out with 10 full servers at launch is terrific, but most games lose at least a portion of that in the first few months. This can result in dead shards if too many players leave from any one server.

For most vendors, the solution to this is to merge dying servers into a new shard, but this has its drawbacks, too. If your game contains any player-created content that won't merge with them, your players won't be happy with the merge. It feels too much like taking away all of the hard work they've done over time.

Individual servers can sometimes make it difficult for guilds and friends to join those they already know outside of the game. If a single server reaches its population cap, anyone else who wishes to join is simply out of luck.

At the end of the day, these are just a few of the things you should consider before choosing either model for your up and coming MMORPG. Balancing the need for budget-friendly solutions and lag-reducing server support requires looking at all aspects of your game. If you need help with choosing the right architecture, contact a data center, check it out, and request an evaluation of your needs. 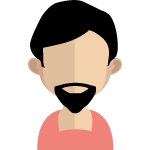 Is your internet fast enough to handle the speed requirements of online gaming? Online gaming requires a very fast and steady connection to avoid many mishaps in the game itself, not to mention the pure aggravation of getting killed by the 10 year old playing you from another country. Do you know how to perform a speed test of your internet connection? Do you know how to speed things up? Are you using the right type of router for gaming? You will find the answers to these and many more internet gaming based questions on my website. Use the tips provided and you could improve the speed of your internet drastically.